Since 2012, the MCA has issued an annual club medal in silver and bronze which is available for purchase by the members. Club medals to date have been struck in very limited numbers, and the images and mintages for each are given below.

Orders for medals that are still available can be placed online. 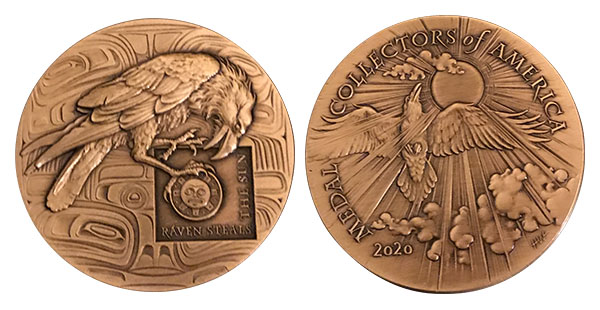 Raven Steals the Sun: A Collector Enlightens the World

Ravens are the most intelligent of birds. Since biblical times, they have assumed near mythological status in various cultures throughout the world, but nowhere are they more esteemed than with Native American peoples. A legend among the Haida people of the American Northwest tells of a time when the world was cloaked in darkness. The raven, having discovered that the light of the sun had been hidden in a box, tricked the box's owner in order to extract the sun, then flew with it up to the sky, thus lighting the entire world.

Heidi Wastweet, a member of the National Sculpture Society and currently president of the American Medallic Sculpture Society, has created distinguished bas relief sculptures in both medallic and monumental form. Given the raven's reputation for being attracted to shiny objects, she has chosen to base a remarkable and unique new conception, her design for the Medal Collectors of America's 2020 Annual Medal, on the legend of the raven as the bringer of light. Setting animated perspectives of this central character against backgrounds of decorative Haida patterning and the brilliance of the sun, she has sculpted a composition both artful and dramatic. The parallelism between the raven’s intelligent purposes and behaviors and those of scholarly medal collectors make this extraordinary medal particularly apt as the ninth in an ongoing series of Annual Medals to be issued by the Medal Collectors of America. 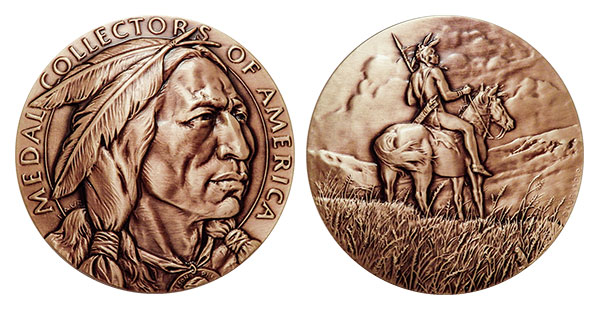 The Native American Indian is an iconic figure of near mythical significance in the history of the United States. Male warriors in particular have long been associated with the characteristics of dignity, courage, and loyalty to tradition that, somewhat paradoxically, are understood both as timeless virtues and as values somehow now irrevocably associated with a past age. The eminent sculptor and medalist, Eugene Daub, a former president of the National Sculpture Society, has managed to capture the solemnity and pathos of the proud Native American, an at once handsome and virile figure but also a man thoughtful and thus aware that his people's hegemony over the expanse of the Great Plains is about to decline. On the medal’s obverse an eagle’s feathers, personally gathered from a nest high upon a cliff to prove his bravery, still adorn the warrior's noble brow even as the Indian Peace medal that hangs on a cord around his neck symbolizes an evanescent hope of equality with, and equity at the hands of, the advancing white man. The gaze of the Indian brave astride his mount on the medal’s reverse side, armed either for the life-sustaining hunt, or for the fatal conflict, still commands the endless windswept grassland and the distant hills under a cloudy sky. This medal has two faces both of which convey something ineffable of the past, present and future that this heroic figure and his race is forced to contemplate. 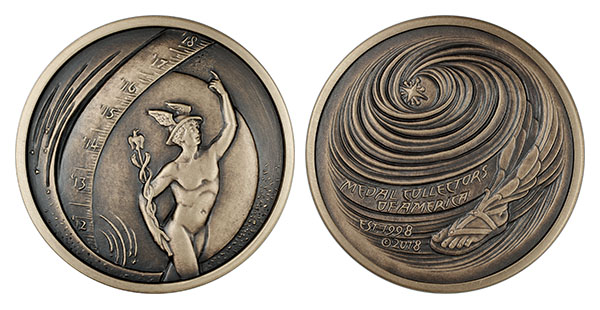 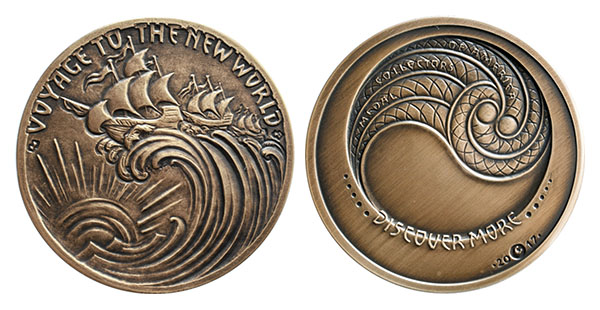 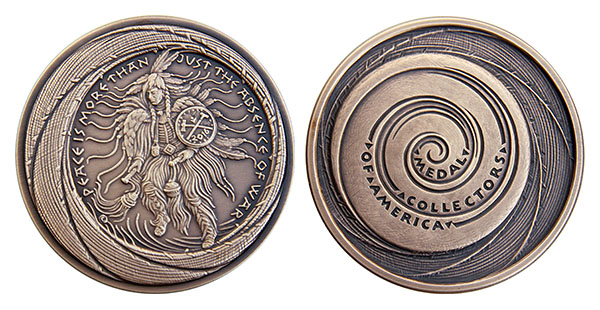 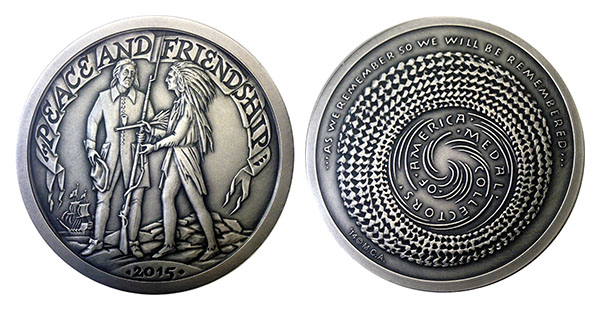 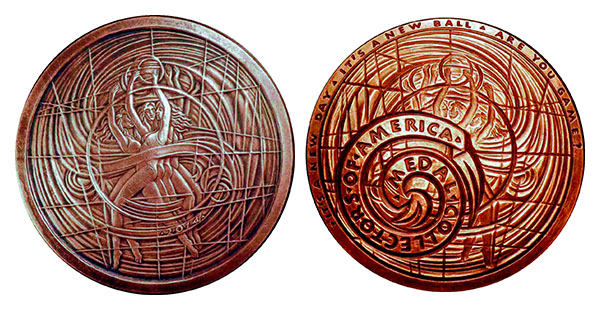 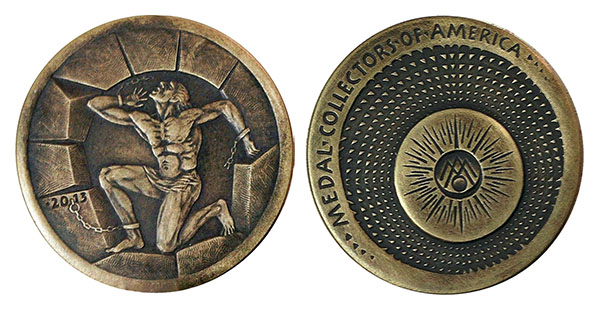 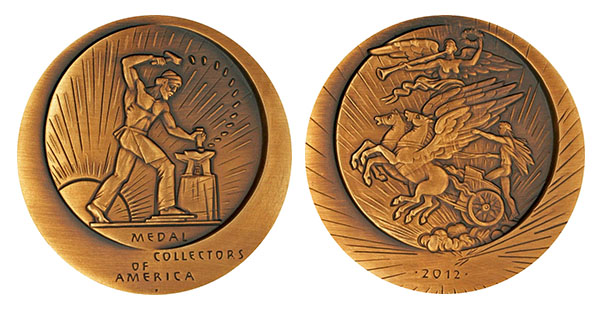