The following description of the award and biography of John Adams was taken from Wayne Homren's E-Sylum which, in turn, was from the ANS press release:

The Trustees of the American Numismatic Society have voted to award John W. Adams the 2014 Archer M. Huntington Award in recognition of his outstanding career contributions to numismatic scholarship. The award ceremony will be held on Saturday, 26 April 2014 at the Massachusetts Historical Society in Boston. The event will include Mr. Adams’ presentation of the Silvia Mani Hurter Memorial Lecture, Titled A Recidivist Collector, followed by a reception in his honor.

John Adams’ research in the field of numismatics focuses on American and European medals, numismatic literature, and large cents. In his early research, his approach is largely bibliographical. His Monographs on Varieties of United States Large Cents, 1793:1794, published in 1976, provided a concise introduction to the various key publications in this field. His two volumes of United States Numismatic Literature (1982, 1990) are among the most useful bibliographical aids on American numismatic auction catalogues available; in particular Adams’ erudite introductions to the various collectors are widely quoted.

In the last 15 years, Adams has focused primarily on medals, both European and American. His Book The Indian Peace Medals of George III, or, His Majesty’s Sometime Allies, published in 1999, demonstrates his breadth of knowledge; through careful numismatic analysis Adams was able to expand our knowledge in this series. His approach to medals is largely historical, and his subsequent work on The Medals Concerning John Law and the Mississippi System has become a standard work on the peculiar medals satirizing this famous financial crisis of the early 18th century. In this book Adams illustrates his command of historical, financial and numismatic matters. Together with Anne Bentley, Adams Wrote Comitia Americana and Related Medals: Underappreciated Monuments to Our Heritage (2007). In this exhaustive analysis, Adams and Bentley re-wrote our understanding of this important early American series of medals. It is now the definitive historical and numismatic study on the subject. Again, in 2010 Adams wrote the consummate book Medallic Portraits of Admiral Vernon: Medals Sometimes Lie with Fernando Chao and in collaboration with Anne Bentley. This work provides a study of the many varieties of the Vernon series, which often differ only in tiny details, provides historical context, offering a concordance with the many prior studies and much more.

While there is an impressive corpus of books by Adams, he also is a frequent contributor to conference proceedings, journals and other publications. He has published articles about coin sales, individual medals, numismatic personalities, and hoards, to name just a few. His long involvement as editor of The MCA Advisory has turned this publication into a popular, well-- informed publication.

The Chairman of the Society’s Huntington Committee, Dr. Jere Bacharach, described the honoree with the following words: ‘What distinguishes John Adams from other writers is his passion for history, a beautiful, academically correct writing style, and diligence in seeking out overlooked historical and numismatic sources.’

John W. Adams received an AB from Princeton (1957) and a MBA from Harvard (1959). He founded Adams, Harkness & Hill in 1966, an investment bank in Boston, where for the next 40 years he served variously as Director of Research, Chairman and CEO. He has served as a Trustee of the Massachusetts Historical Society, where he was instrumental in conserving its coin cabinet, and as President of the Numismatic Bibliomania Society and the Medal Collectors of America. He is a Fellow of the American Antiquarian Society, as well a Fellow of the American Numismatic Society where he also served on its Board of Trustees and was an active Chairman of the Library Committee.

Several members of our MCA have contributed articles in a wonderful and informative book on Indian Peace Medals. The book is described below.

Edited by Robert B. Pickering, Copyright in 2011 by Gilcrease Museum and published in conjunction with the exhibition Peace Medals: Symbols of Influence and Prestige in North America, held Dec. 2011-April 2012.

The book, as described by Amazon.com, is reproduced below:

"Peace and Friendship." This noble phrase, emblazoned on the back of silver peace medals given by American presidents to chiefs of important tribes in the eighteenth and nineteenth centuries, is also a glorified representation of the real interactions between the American or European governments and Native American tribes. Peace Medals: Negotiating Power in Early America presents stories of people and events behind the medals, offering insight into the symbolic value of medals from colonial and tribal perspectives spanning several generations up to the present day.

The peace medals themselves are beautiful examples of medallic artistry, but their real importance is in their historical significance. Consisting of eight articles written from a multidisciplinary approach, Peace Medals focuses on the history and significance of the medals, the traditions they represent, and the individuals involved.

The contributors, including numismatic historians, anthropologists, archaeologists, and museum curators, explore how the American government used the medals in negotiations with powerful chiefs to secure trading partnerships and political allegiance against European colonial powers, and also discusses British, French, and Spanish medals as part of European negotiating strategies to create Indian allies on the American continent. The origin of peace medals and their synchrony with tribal traditions demonstrate how these high-status emblems evolved, while an examination of medals in a contemporary context reveals their continuing historical importance.

Peace Medals is richly illustrated with paintings and historical photographs that depict rarely seen images of British, French, and Spanish medals in addition to a selection of American medals. Taken together, the articles provide an expansive view of medallic artistry from the eighteenth to the twentieth century and offer new insights into their history. Most of the images are from the extraordinary collections of the Gilcrease Museum.

Our kudos go to those members of the MCA who have contributed to this classic work.

For more on this book, see the E-Sylum article.

A video presentation on Medals that Promote Religious and Racial Intolerance, given at Villanova University by Ben Weiss. This one-hour presentation reviews the history of intolerance as chronicled by medallic art. View the lecture online on YouTube.

A new book entitled Admiral Vernon Medals - Medals Sometimes Lie by John Adams and Fernando Chao, with the collaboration of Anne Bentley, will soon be published. More information on this important addition to our medallic literature can be found in the press release (pdf) issued by George Kolbe. A sample page (pdf) is also available. Our heartiest congratulations on this wonderful achievement.

Historical and Commemorative Medals on Display in Museum 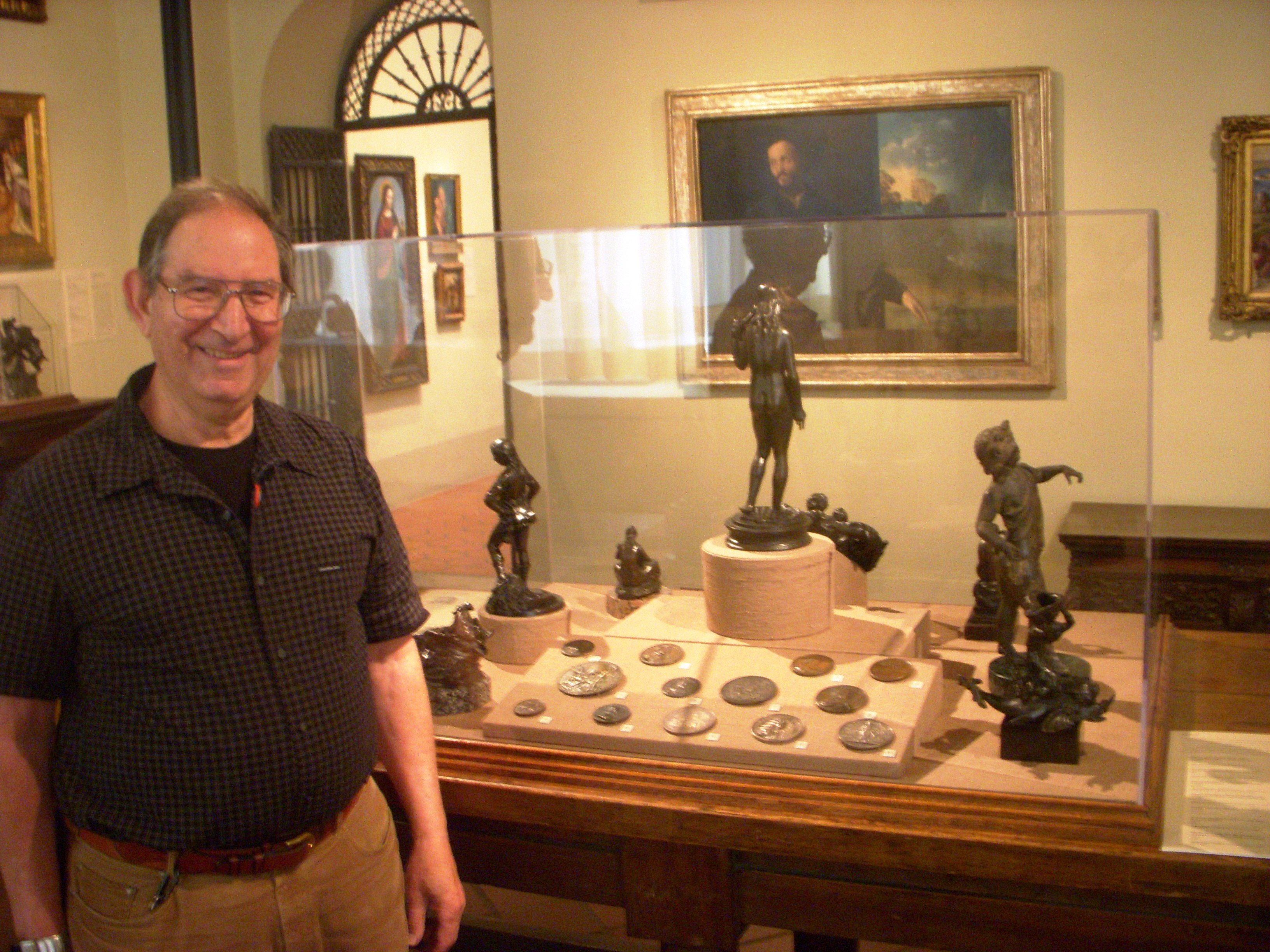 A group of medals from the Collection of Benjamin Weiss has been put on display at the Philadelphia Museum of Art, Philadelphia, Pennsylvania. The display consists of 16th and 17th century medals from Italy, France, Germany and The Netherlands. The medals may be found in the Gallery of Early European Art. The display is a part of Ben's larger collection of Historical and Commemorative Medals.